Your shopping cart is empty.

The highest performing all stainless steel self drilling screw

What is Hardtec Stainless Steel?

Hardtec is a registered brand name of an alloy known as KDS2000 made by Nippon Steel. It is a proprietary stainless grade that has been developed to combine the high corrosion resistance of Austenitic grades like 304 and 316 AND has the hardness of heat treated Martensitic grades like 410 stainless steel. Hardtec has a chemistry very similar to 410 stainless steel; but also has 1% of Molybdenum added to it.

Molybdenum is the element that gives grade 316 its corrosion resistance improvement over grade 304. Marutex and YUS 550 are other material brand names of stainless grades similar to Hardtec.

Hardtec stainless steel offers high levels of corrosion resistance, the decline of which was previously unavoidable with heat-treated grades like 410.

There are other stainless steel self-drilling screw options on the market but they each have the following downsides:

All 304 and 316 grade screws have good corrosion resistance but these grades are an Austenitic type of stainless steel and cannot be hardened by heat treatment, therefore they are relatively soft and can only self-drill through very thin aluminium at best.

410 grade screws are a Martensitic grade of stainless steel and are hardened by heat treatment making them excellent for self drilling into steel. However 410 has a low PRE value and as such a low level of corrosion resistance. This makes 410 screws unsuitable for exterior coastal environments as they will rust and tea-stain easily.

Most 304 and 316 self drilling screws that can drill well are actually Bi-metal. That is they have a 304 or 316 head and body and a carbon steel tip. The tip might have a protective coating such as Ruspert or similar. These screws drill well and are ok if it is acceptable for the tip to rust away, but they are not fully stainless steel and the carbon steel tips risk rusting and bleeding.

Hardtec is harder and better at self drilling through metal than 304/305 grade stainless and is similar to grade 410.

Hardness tests show that Hardtec has a surface hardness similar to that of grade 410 and 50% than that of 304, enabling it to self drill into metal. It's core hardness is 88% greater than 304 and even 18% greater than Carbon Steel (SWCH18A).

Hardtec is at least similar, but in practice slightly superior in corrosion resistance to grade 305 and 304.

To receive useful info and product updates add your details below 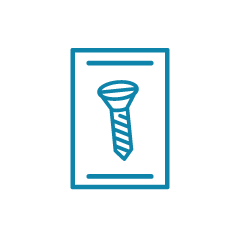 Request a hardcopy of our product wall chart or download a PDF. 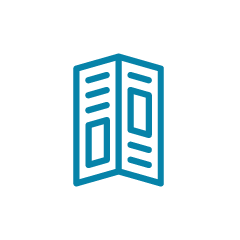